My Top 10 movie of all time, and why you should watch them… Part 2

Part 2 of my top 10 movies, first part is here if you missed it.

Whereas Akira was an assault on the senses and very much a visual overload, My Neighbour Totoro is the most heart-warming, comforting, and beautiful story. There are no evil villain’s, no disastrous situations to overcome, no life threatening decisions to be made. It’s a simple story, with beautiful hand drawn cells and characters so warming, it will, without doubt make you smile like nothing before. The eponymous Totoro is like no beast in countless other movies, it’s not fierce, not dangerous, in the famous bus stop scene he guards the girls as they wait for the catbus. This really is a film to delight the 8-year old you, it makes me happy and warm when I watch it. You should too.

Lord of the Rings – Peter Jackson 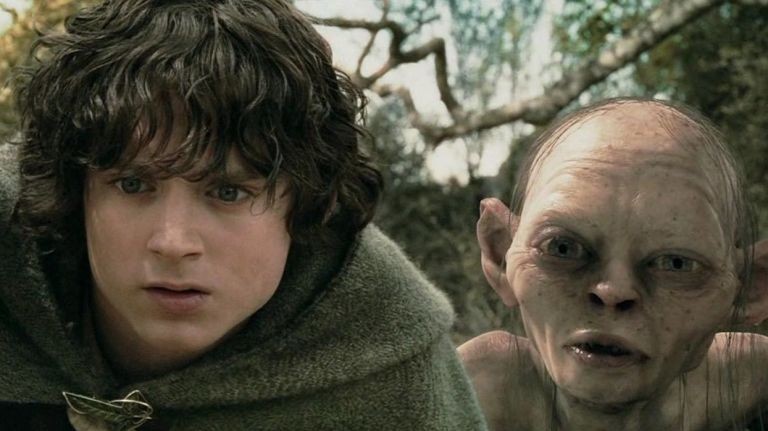 Well, if the last movie was about heart-warming characters with no evil villain’s, the Lord of the Rings trilogy has evil villain’s, disastrous situations and life threatening decisions aplenty. Back in time, when I was a pre-teenager I read the Lord of the rings books many times, it was a near-religous experience, I knew the books near enough by heart. But I believed, like many others that they were “un-filmable”. Then came Peter Jackson and the Weta workshop. There is a lot missing from the films, but as a vision, they are near on perfect. When I watched Fellowship of the Ring I was disappointed with the lack of Tom Bombadil, one of my favourite characters from the book, but I do understand why the potentially uber-powerful character could have disturbed the balance of the movie (especially for those not accustomed to the books). What the movies do so well, is huge, sprawling, chaotic battles. Sharply infused with wit and danger, they really are a sight to see. I have included this entry as the full trilogy, as I think to appreciate the movies, you have to watch all, none of them stand alone as a complete story. But I’ve re watched the second movie the most, if not just for the Battle of Helm’s Deep! 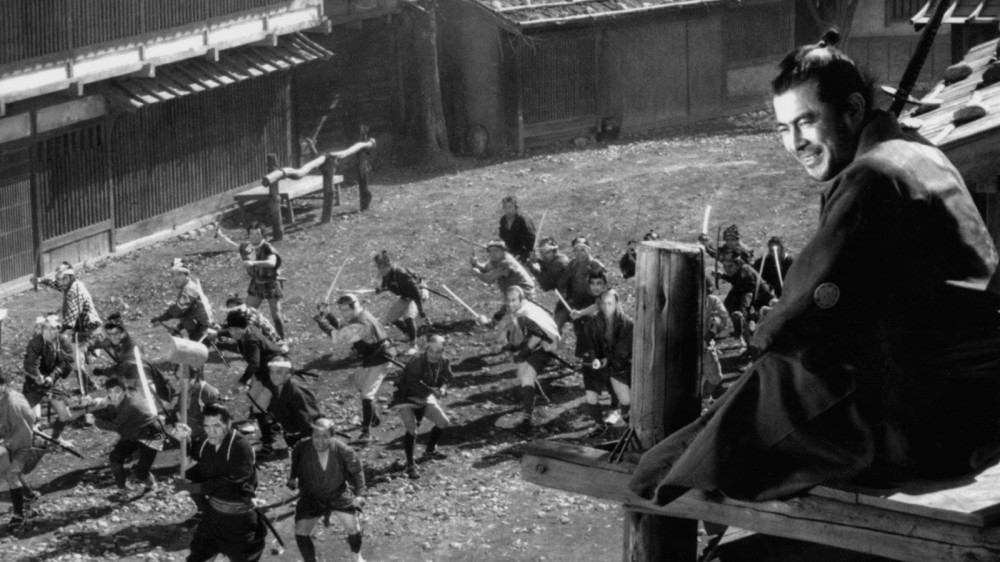 They are back! Akira Kurosawa and Toshiro Mifune reunited in another movie that would inspire a spaghetti western (A Fistful of Dollars), I saw Yojimbo after A Fistful of Dollars, loving the Clint Eastwood classic, and finding out it was inspired by another Kurosawa movie, I hunted it down. I remember buying the DVD wondering what, if any difference there would be to Sergio Leone’s movie, how would Clint Eastwood’s character fare against that raw force I had seen in The Seven Samurai. Well, Toshiro’s performance in Yojimbo is even more compelling than The Seven Samurai, here he is the main lead, and conveys so much scale in his acting, it’s breathtaking. The way he plays off both sides of the village, toying with them is fantastic. His comedy, coupled with his sheer intimidating presence as a force of power in the village really keeps the attention, and Kurosawa’s deft direction makes you never want to move your eyes from the screen.

Ridely Scott in Alien had crafted a terrifying, claustrophobic horror film that dialed the notch for monster/space movies past anything ever before. How was James Cameron, whose only horror movie to that point had been Piranha 2, going to attempt to improve on the previous movie. Ridely Scott’s Alien was a masterpiece in horror, Sigourny Weaver’s Ripley was the perfect female protagonist, there was no way this was going to be anything but a cash-in, right?

James Cameron had other ideas, he introduced us to Colonial Marines. Ripley is pulled back into the frame as an “Adviser” only, she’ll be safe. What happens over the (just over) 2 hours running time is not Alien, it is not a slow, atmosphere building hunt. It is warfare, it is sci-fi horror action at it’s very best. Ripley of course get’s thrown back into it, and she develops into one of the strongest female sci-fi characters off all time. The battle scenes between the marines and the Aliens is nothing short of heart-pounding, on the edge of your seat action. Every character is finely crafted and acted, all of them incredibly memorable. The directors cut of the movie add’s small scenes that flesh out the back story for Ripley and the colonists on LV-426, but they do tend to slow the pacing down somewhat. What the DC does include though, is the sentry guns, and the Aliens getting ripped apart as the guns blaze through the limited ammo. I’d say watch the theatrical cut as the film is paced better, and then for some background and the sentry guns go back and watch the DC, you can’t just watch this movie once anyway!

The future is bright, the future is neon. Having watched countless Anime movies of futuristic dystopias, Blade Runner was one of my first glimpses of a live movie in the same vein, a dirty, brash, violent world where one wrong move could result in death. In its initial release, the studio changed a lot of the movie against the wishes of Ridley Scott, their changes meant to make it more consumer friendly. This is the version I saw first, and it excited me that I was seeing the world I’d read about in “Do Android’s dream of electric sheep” and watched in Anime. Then the final cut appeared, Ridely Scott’s definitive version and the only one that he had complete control of. It stands head and shoulders above the previous versions that had appeared, mainly due to the removal of the Deckard voice over and the studio imposed happy ending. Whichever version you watch though, the main question you will leave with is the one that fans of this movie have asked countless times, and still ask to this day, “Is Deckard a replicant?”

What makes your top list? Let me know in the comments below.