My Top 10 movies of all time and why you should watch them…..

This is not reviews of the movies, it’s movies I love and some suggestions to go watch them, no more, no less. Unless I put in more or less, which is allowed because it’s my site. The links in the title will take you to the Amazon UK listing for each movie.

There isn’t any really, I guess if you dig deep, a movie that seems to be over before it’s started is a good place to start. Also, one that makes me question what happened and intrigues me to watch again. But really, this list is more movies that for me mean something on another level to “The best acted” “The best script” etc. I’ll try to explain what’s so important to me about each movie, and the last thing, this is not in a particular order, it’s just how they fall.

I was brought up watching Chinese Kung Fu movies, my friends and I would sit and watch countless Jackie Chan, Bruce Lee, Sammo Hung, Hwang Jang-Lee and the incredible Cheng Pei-Pei among countless others.

I didn’t know much about Seven Samurai before I watched it, apart from it being a long movie about Samurai warriors. What I did know was it was the source for the movie The Magnificient Seven, I’d seen that many times, my father was a huge western fan, so I saw lots of westerns, and especially the spaghetti westerns. But when it came to The Seven Samurai, there was no preparation for the gritty realism and the incredible epic scale of the movie, especially the length, running at 3 and a half hours, it was, at my young age, amazing I managed to sit through in one sitting, mainly because it was a fascinating insight into the reality (as much as a movie can translate realism) and darkness that was not present in the over the top Kung Fu movies I was used to.

Seeing this movie also introduced me to the force of nature that was Toshiro Mifune. Akira Kurosawa and Toshiro Mifune go hand in hand, they made 16 movies together, and another is on this list further below. His anti-hero character traits were not really something I had seen before, he had a gruff, don’t care attitude which was at odds to the flashy, heroes I was accustomed to.

Ultimately, this movie introduced me to epic movies, incredible characterisation, and sharp acting. It hit me full in the face and has not left me alone in the past 30 years, even though I haven’t numbered this list, this always sits at number one. 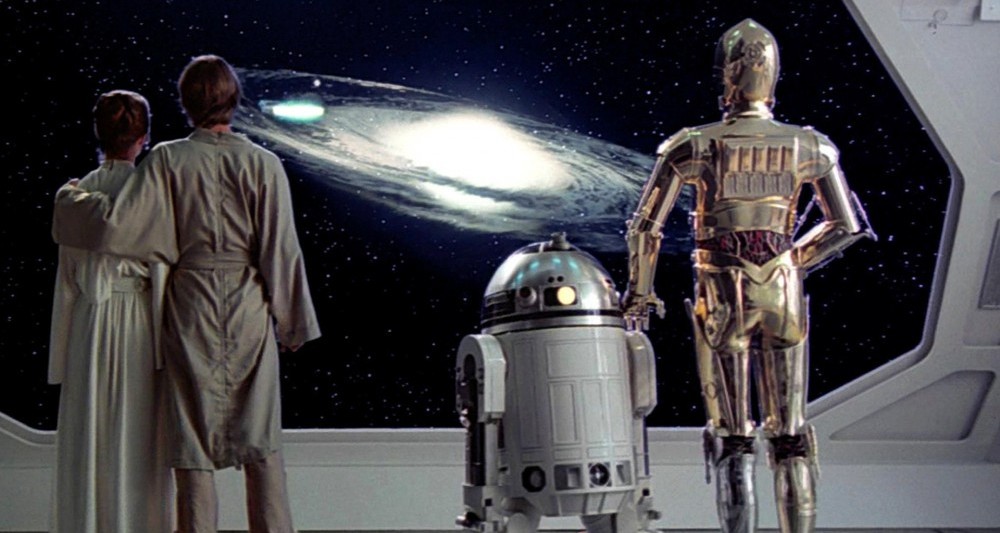 Yeah, I know, it’s an obvious one, well, actually, most would go for The Empire Strikes back, but this is my list dammit!! No, really, as explained before, Empire is probably the better film, but for me, Star Wars:A New Hope was the eye-opener. I was 5 when it opened in Cinemas, so I never got to see it then, I was about 10 when I saw it first on VHS, and wow, there was no turning back, this was like nothing I’d ever seen before, in fact, it was nothing like anyone had seen before. And it made me excited, so much that years later I’d have a few tattoo’s linking me to the movies.

Seeing the other movies come out has never lived up to the original trilogy, and none to the original movie, to me, it’s the perfect sci-fi film, it’s everything at 10 I wanted in storytelling and on-screen entertainment. At many years past 10, I still have yet to find a film that makes me smile as much as this film. Thanks, George.

How do you sum up a movie as mind-blowing as Brazil? Not sure you can, on first viewing, the sheer amount of information you are trying to take in can be overwhelming. The dream sequences, at first are completely unintelligible, I had no idea what was going on but the incredible visuals just drew me in. I wasn’t sure what was happening, the setting was crazy! But you know what, so much about it seemed to be familiar. After a couple of times re-watched, the parallels to one of my favourite books is distinct, 1984 by George Orwell. The dreams are Sam’s escape from the monotonous life he leads, even though he’s torn with his overbearing mother trying to get him a promotion and his wanting to be left alone, his dystopian environment and the overbearing bureaucracy grind him and everyone down.

Brazil is set in a world without privacy or freedoms, a constant threat of terrorism, liberties lost, and a government dedicated to keeping its populace in fear and in control “for their safety”, back in the 1980s that seemed a terrifying vision, one that we could barely comprehend, but now it starkly mirrors a future our world seems to be heading.

Confusingly, there are three versions of the movie, due to the studio being hesitant about releasing the movie in Gilliam’s original vision, they cut it, and changed the ending. It’s supposedly a more consumer-friendly edit. It’s not, it cheats the viewer. The original, although bleaker, is so much more fulfilling and fit’s the narrative so much better. Watch the directors cut, you deserve it. 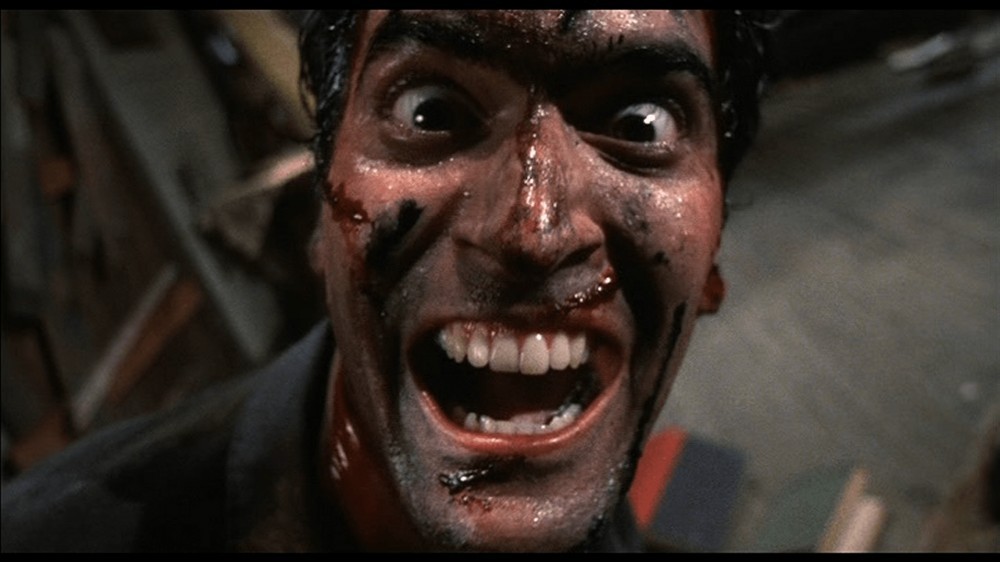 Yes, the original was a groundbreaking movie that introduced us to the talents of Sam Raimi and one of my favourite actors, Bruce Campbell, the protagonist of all 3 Evil dead movies. But Evil Dead 2, which is not a sequel to Evil Dead, but in fact a “requel” – that’s not my words, that’s Bruce Campbell’s in this interview here. I didn’t realise there was a debate about the second movie being a remake or a sequel, I just thought they remade it because they had more money!

Anyway, this second movie really leans on Bruce Campbell’s comedy acting skills. Whereas the first was a straight (tongue-in-cheek) horror movie, and was classed as a video nasty in the UK, and went through years of not getting a home release certificate. It wasn’t until 2001, 19 years after the original release that the movie was released untouched.

But I digress, that’s about the original, and my heart is with the requel, yes, if it’s good enough for Bruce, it’s good enough for me. Evil dead 2 introduced me to the concept of the Horror Comedy, the fact you could laugh your ass off and jump off your seat in the same scene. The sheer lunacy had me in fits of laughter, the movie has so many scenes that delight and scare, and it must be (don’t quote me) one of the most quoted movies of all time, well, it is for me anyway. Groovy!

In 1991, I was a bit of a geek (anyone surprised!?), and this one day I had been out Larping. After a hard day defeating orcs and trying to pacify berserkers that were trying to rip my head off while being in my team, we retired to a new friends house. He was a few years older than me and was a bit more world-wise. Well, we sat down to have some pizza, and watch a movie. Over the course of the next 2 hours I lost all sense of reality, my mind was twisted by the assault on my senses that didn’t quit until the end credits rolled. I knew I had to watch it again, and probably multiple times to work out what was happening.

Every time you think you have a bead on what’s going on, BANG, something new happens, shady government types, freaky children, deformed little men, and of course Akira. This movie crams so much into it’s running time that you really need multiple watches to understand the different story paths weaving their way in front of you. The first view is going to smack you in the face, but I assure you that you will start to understand a little more each time you watch it. But, maybe not everything, it just has so much going on. Why do I love it? It introduced me to more serious Anime, I’d been watching the usual shows you get, dubbed and edited for a western audience. This was an introduction to serious, subbed movies with multiple themes and interesting characters that needed exploring.