The best worst movies of all time.

So, what I hear you say does a movie have to be like to get into a “best worst list”. It’s a tough one, there probably isn’t criteria for this, but it’s movies that for the most part are fun, you don’t usually find serious movies that fall into “best worst”, if they are bad, they just normally stay bad. So, fun, but that can’t be all, great performances? Great script? No, I think it’s more than likely a few things, fun, certainly, but maybe mind blowing special effects, all out over the top fight scenes? They can be seen as guilty pleasures for sure, but they’ll always be panned by critics, looking at the nuances of the movie, us punters can look a little more casually, so anyway, here are the best worst movies I have seen. 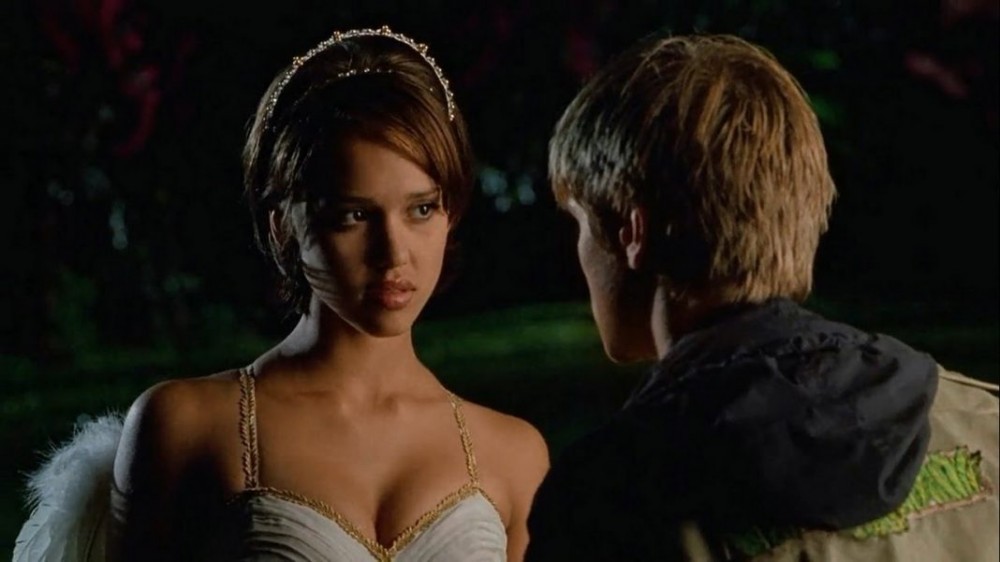 Before Jessica Alba starred in Dark Angel, Sin City, Machete, and Fantastic Four(!!), she appeared in idle hands, a comedy horror, a commercial and critic failure. It’s a mess of ideas, over the top schlock, gross-out effects, and quite ropey acting. But, if you like comedy horror, it’s fun, a lot of fun. The lead (Devon Sawa) can’t act for much and stumbles through the movie, but it’s Seth Green and Elden Henson save him from falling on his face, after they die obviously! Jessica Alba takes her role too seriously, after this it’s incredible how she transformed into Max Guevara in Dark Angel within the space of a year. If you like the gross out comedy of American Pie, but with over the top gross out horror, then you’ll probably like this, if not, you could just watch it for the Offspring playing at a school party….but remember the gross out horror is never far away. 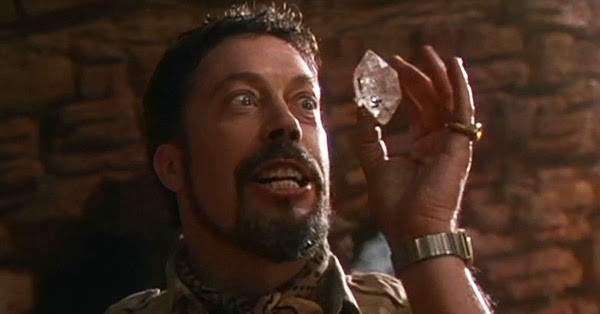 Tim Curry excels in everything this film is, crazy, over the top, hammy acting with a penchant for the ridiculous. The effects are nothing short of horrible, apart from Amy, the main supporting actor….well, Gorilla. Michael Crichton wrote the book that spawned this film, and as a serious writer, I believe he was/is truly upset with what came out of the director, Frank Marshall’s creative(?) process. It really misses on so many points, it is a ludicrous movie, but it does fantastically what the films in this list do, they are watchable, because they are fun and entertaining. There is a lot of ludicrous scenes, with little thought process to how they would even work, but unplug the brain and just revel in Tim Curry’s fantastically over the top performance. 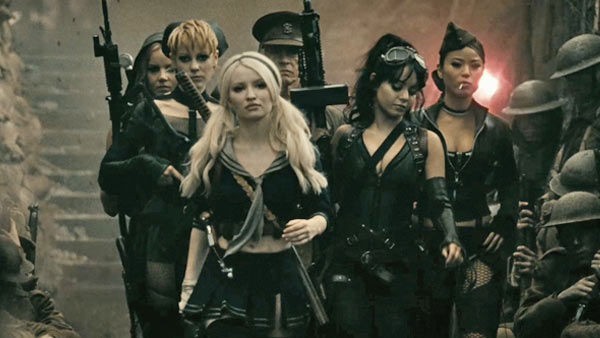 Zack Snyder, he of 300 and Watchmen fame, all visuals and fantastic effects, penned, produced and directed this original concept. Original so Wikipedia says, it isn’t original, OK, so maybe what you’re seeing hasn’t been seen before, but if you have ever watched any Japanese Anime, you’ll have seen the same ideas and motives in many movies and TV shows. This is for all intents and purposes an eye-candy movie, nothing much else is here, the story and script are just an excuse to show incredible set pieces. It’s not clear whether Snyder meant this movie to be about female empowerment, or a critique on women in popular culture, it fails to do either. Instead, it’s a live action of explosive qualities, massive robot samurai warriors, steampunk inspired German WW1 soldiers among others. Each set piece ( linked to a piece in the real world, map, knife, key etc) is more elaborate than the last, little to connect them and extremely over the top, but if you look at this being an exploration of a crazy mind trying to create a set of set pieces for 14 year old boys, you may get somewhere near what this experience is like. Just sit back and watch the ass-kicking that the girls give out to all and sundry, ignore the terrible attempt at story and script, in fact, just don’t take anything seriously. 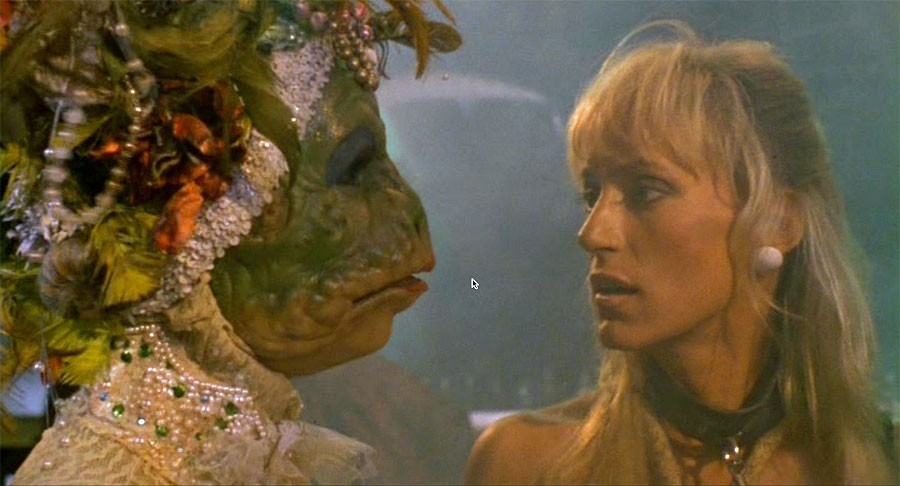 Roger Corman, the king of low budget movies created New World Pictures, the bastion of terrible movies. New World churned out a host of dross, but it also produced some gems, and launched the film making careers of, among others, Ron Howard, Jonathan Demme and Joe Dante.

“Rowdy” Roddy Piper in his second lead role (in only his third movie) plays “the Hell” that is literally coming to Frogtown, the town that is full of mutated frogs no less! In what is an extremely 80s movie, Sam Hell is kidnapped and forced into saving some fertile women from the frogs of the title. His handler is Spangle played by Sandahl Bergman, and she spends the movie keeping him in check with an electric codpiece!! Her acting is a train wreck, she wears very little clothing to keep Sam virile and ready for action, or is that to keep the viewer interested? The effects, of course, are terrible, the frog costumes are laughable at best, this is as well, 11 years after Star Wars set the standard for special effects and creature costumes/fx.

What saves this? “Rowdy” Roddy Piper, that’s it, he pulls everything together and makes watching this movie a bearable event. Actually that’s a dis-service, he actually, apart from the movie dragging a little in points, makes it quite enjoyable, but only in an over the top jokey, proper 80s movie. Roddy Piper after this made They Live!, and that’s a whole different level of movie, that’ll be in another article I write, and it won’t be a Best Worst list. 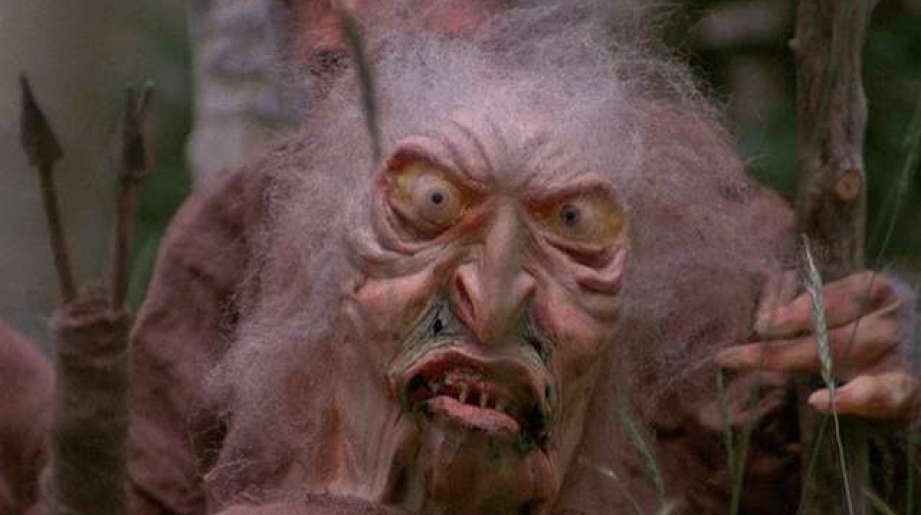 When an actor issues an apology for a movie, and tries to shy away from the whole thing, you know that something went wrong, well, with Troll 2, pretty much everything went wrong, but because of the mistakes, crummy acting, terrible script, what little story it has, it accumulates into a strangely watchable movie. It even has a cult following and a documentary made about it! The first thing you must understand, if you have indeed watched Troll, is that this is NOT a sequel, in fact, the movie doesn’t even include the Troll of the first movie, instead a goblin, it was just a marketing ploy to cash in on the “success” of the original movie in the western market (which, incidentally was the first use of the name Harry Potter, sorry JK Rowling!!)

So, what is actually wrong with what has in many places been called “the worst movie ever made”, well, the script was written by Claudio Fragasso (also the Director) for an American cast, but he is Italian, so it wasn’t fluid, the actors said it they wanted to make it sound more natural, but they were told to stick to the way it was written. The actors were all pretty much amateurs from the surrounding towns, one of the actors admitted that he had smoked loads of marijuana while filming, and absolutely no idea what was happening. The child actor Michael Stephenson who portrays the lead character was told, in what has become one of the iconic scenes in movie history, to stand on a table and piss all over the food his family are eating….. Yes, you read that correctly!!

A special mention has to go to the Goblin Queen, Creedence, played with subtlety and incredible poise, bringing a many layered character to…..OK, no, in what has been known as one of the worst performances ever, she uses every stereotype of female baddie every but with added popcorn!!

Awful special effects, makeup that is straight out of a 7-year old’s repertoire, it has everything. What makes it good (good is puching it, laughingly watchable maybe) though? It has all these bad ingredients, but I suppose, it’s the whole experience, it’s a joke film, you cannot watch it and not laugh, not come away talking about it, it’s bad….really bad, but art makes you talk about it, makes you discuss, and this will make you ask questions, even if it is just why are the goblins vegetarians, and why are they turning people into plants! Did I just call it art?

To get a little more about this, the lead actor, Michael Stephenson made the aforementioned documentary about the movie, this though is actually highly rated and a very good watch as he really gets’s into the impact of this movie. Watch it on Amazon Video here (the documentary has a 95% rating on RT)

Do you know some horrible movies what are actually watchable, let me know in the comments.

I love watching terrible movies! It seems like horror movies have really carved out a niche in the terrible (yet entertaining) movie genre. I haven’t watched Troll 2, but I really want to now! Have you seen Thankskilling? It’s always been a favorite for me and my friends and it fits the terrible/entertaining genre perfectly!

No, I haven’t seen that one, just watching the trailer now, looks like a contender!! Thanks for the recommendation. Yes, Troll 2 is a special, special movie.